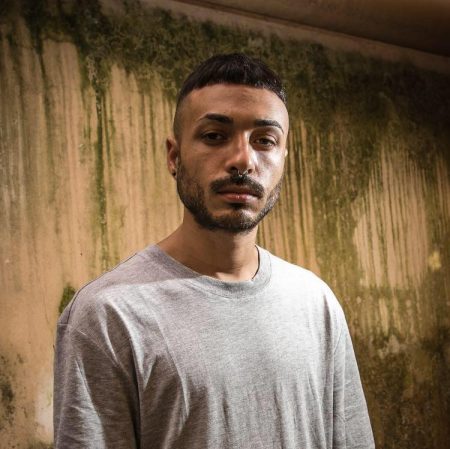 Fabrizio De Santis was born on May 16, 1993. When he was only 10 years old, he began his passion for techno music, trying his hand at producing and DJing, immediately becoming the resident DJ of a well-known house/techno club in Palermo, the “Bier Garten”.
He began to be appreciated from an early age during the warm up of artists such as Emanuele Inglese, Joseph Capriati, Alex Neri, Ilario Alicante, Ricky Montanari, Joe T Vannelli, Dandi & Ugo, Joy Kitikonti, Emix and many others.
In 2015 he joined the underground crew Area 5.1, then he became resident dj of Unlocked in one of the most important clubs in Italy “Mob Disco Theatre”. Fabrizio definitely ranks among the most interesting emerging artists on the Italian techno scene. In 2019 he founded “øpium trax”, an independent techno label outside the classic schemes of Italian clubbing, collaborating with artists such as Mattia Trani, Hush & sleep, Manuel di martino, DSTM, frankyeffe and many others.He has played in the best clubs of the scene including Maassilo (Rotterdam), Afrobar (Catania), Sage Beach (Berlin) and many others, sharing the console with world-class artists such as Luigi Madonna, Rodhad, Joseph Capriati, Luca Agnelli, Richie Hawtin, Guti, Nic Fanciulli, Marco Faraone, Rebekah and many others. To highlight his presence in one of the biggest Italian festivals,” Selinus Music Festival “in the archaeological park of “Selinunte” together with “Carl Cox”. Great point of reference for his artistic figure, “Luca Agnelli” known Italian dj producer, owner of the prestigious “Etruria Beat” of which Fabrizio is part.