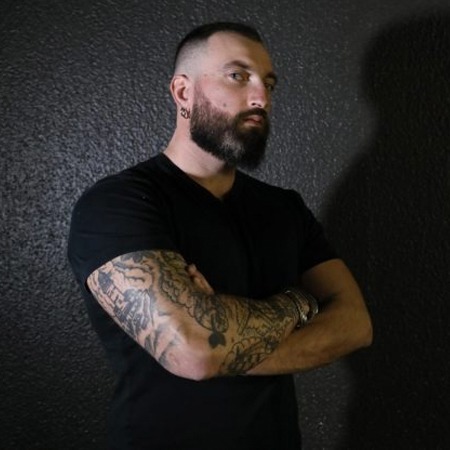 Jacopo Varen aka V111, is an Italian techno DJ / producer.

After many years under the pseudonym Varen, 2015 opens at its alias V111 with SHAPLESS EP on iDark Rec with remix by MARIKA ROSSA and Alphadrum (label owner).For the following 2016 he publishes for Shout limited, darknet. In 2017 he comes out for LDNwht on vinyl selected by Dax j, ARTSand Ear To Ground, and starts working on his dj set and live set so that he can tackle the various facets of techno.In 2018 he founded Overdrive (techno underground solution)together with BoscoSoundLight and Terminal Plastik, a series of parties where visual art, sound power and music blends, releases for Dolma Records.

Tireless in the recording studio where in the first part of 2019, in a few days, he confirmed 2 new releases in, one for TMMRecords VA and another in Vinyl for PUSHMASTER DISCS pattern 1 VA as well as being part of Terminal plastik’s Home Ultrabeat project, will play for the second consecutive year for the Galactica Festival NYEBologna.In 2020 characterized by pandemic and impossibilities, he is constantly working in the studio releasing on Opium Trax, Helrad Limited, Pushmaster (vinyl), Insane Industry (remix) and will confirm an release on Suara and DSTM Music for 2021-His sound is a mix between the search for new sounds and tireless work in the recording studio, preferring fast rhythms and powerful sounds and dark and raw derivations without however neglecting more introspective sounds. A constantly evolving project.